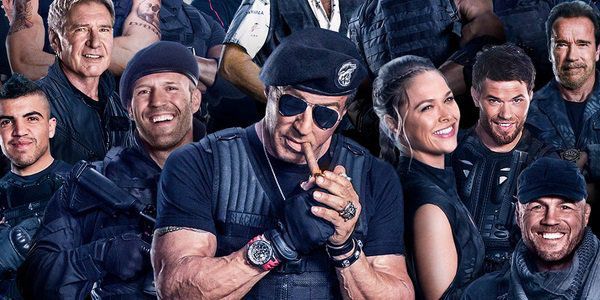 It seems that the third release in the Expendables franchise did not mark an end of the series, even though the movie didn’t play up to its two predecessors. Critics and fans agreed that the picture lost the cheesy charm of the previous parts. But still many people watched it, yet only some of them bought the ticket.

Even pirates raised eyebrows when the pre-premiere ‘screener’ version of the film leaked out. Seldom such good quality copies appear prior to the cinema release. And it undoubtedly spoiled the Expendables 3 box office earnings. The sales of £206m were the series’ lowest with £100m less in revenue when compared to Expendables 2.

But if it was such a bad movie, why was everybody so inclined to discuss it? Obviously E3 generated a large viewership online. Variety reports 2.2m people worldwide watched it in just a three weeks window between the leak and the premiere, with further 5.1 million when the better quality copy appeared. Those numbers are quite conservative and consider only torrents as other means of illegal distribution are almost impossible to measure.

9 months from The Expendables 3 leak, the British Police arrested a man allegedly responsible for the initial illegal release. His profile fits the young Internet rebel: 26 years old, living in medium-sized town, apparently working in the creative industry. The suspect is believed to have been involved in a few more leaks of films, only available at the cinema, or unfinished-unreleased works. The news circulated the Internet with Sly thanking the Police and praising their efforts.

To detain a bad guy is always a good thing, but where were you Rambo for the past nine months? Sly and his movie studio Lionsgate did little to alleviate the effects of the leak. Once online, the material began to be copied, recoded and reuploaded via thousands of websites. This is a phenomenon powered by a simple fact that the piracy is profitable and pirates share profits from selling subscription plans to hosting websites and from displaying advertisement to millions of viewers.

Knowing that the film penetrated the Internet and was easily available across a few thousands of websites, the studio could have done much more than pursuing 6 or 10 sites with restraining orders or issuing nearly 3 thousand takedown notices, as Variety reports. It was merely a drop in the ocean.The efforts of the authorities need to be complemented by the technology that fights piracy as it happens, not only once the damage is done.

We too would like to congratulate PIPCU for their efforts. Let’s hope that the next time the Expendables franchise hits the cinemas, the movie won’t be already available online.

Just as Expandables’ characters wouldn’t simply leave the dirty work to the authorities, Sly should also take the matters into his own hands and protect his works with the real firepower, not merely single shots.